Interaction of Color by Josef Alberts 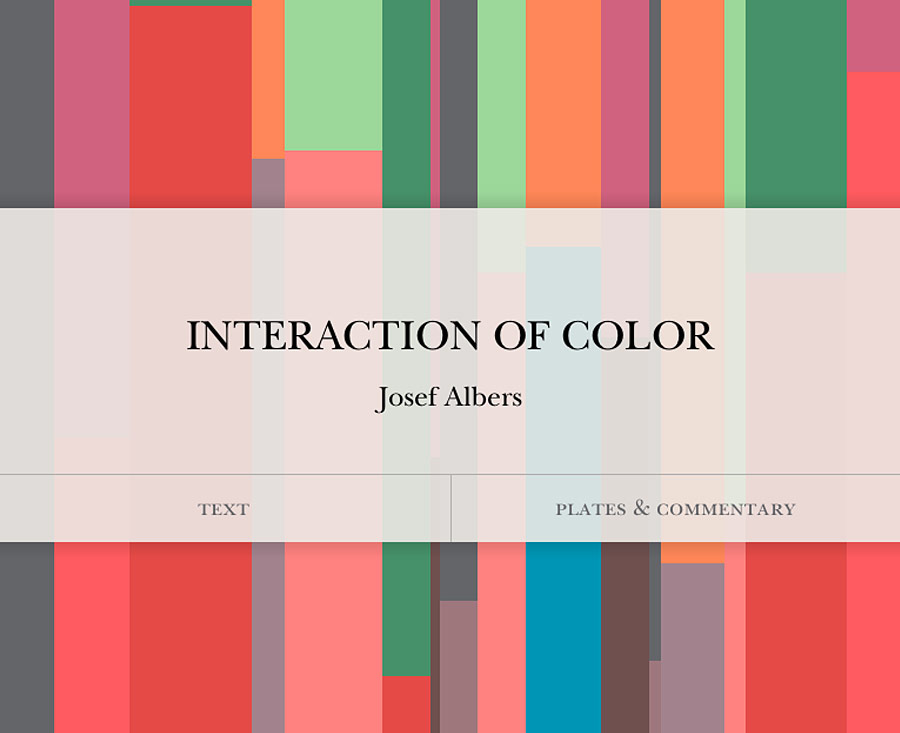 First published in 1963, Josef Albers’s Interaction of Color is one of the most influential books on color ever written. Now you can get it on your iPad.

Josef Albers (March 19, 1888 – March 25, 1976) was a German-born American artist and educator whose work, both in Europe and in the United States, formed the basis of some of the most influential and far-reaching art education programs of the 20th century.

First published in 1963, Josef Albers’s Interaction of Color is one of the most influential books on color ever written. The classic text achieves its full, interactive potential in this stunning new application for iPad. The full app is free to download, and allows you to sample Chapter 10, including accompanying text, video commentary, two interactive plates, and the palette tool. The complete app, featuring the full text, 125 plates, 60 interactive studies, and over two hours of video commentary, can be unlocked through an in-app purchase for $9.99 / 8,99 €. Available in App Store.